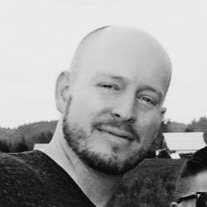 Christian spent his childhood in the Shadow of a father who created iconic advertising campaigns for American Express. But Christian’s path took a different, winding, curious course. He moved to New York, studied film for a short time and earned his way into editing. But his heart was in music, and ten years later he started Founder Music, creating music for Nike, Toyota and Apple. In a world of cut, paste, and analyze, Christian stays true to the artist way.

1. You’ve been into music since your young teenage years, yet you started in film as an editor. What’s the relationship between the two? I had my challenges as a teenager. I was going through a rough time when I discovered classical music. And classical music saved me. Years later I found myself working as an aspiring editor in NYC. It was there that I quickly understood the similarities and relationships between music and editing. The fundamentals of music are about pace, cadence, emotion and timing – film is the same. I can’t imagine working with an editor that doesn’t have a solid musical ear or at least some musical training. I’ve never trusted editors that don’t know music.

2. Explain the difference between performing with a band for a live audience, and composing music for a commercial.To me the two are completely different. I don’t much care for television nor do I watch much. And I don’t really get a big thrill from hearing my music on ads or in programming. But singing live, that’s thrilling to me! The anticipation of an audience cheering… the nerves… the ability to connect with the band while we connect with the crowd – I’m getting the chills just thinking about it. Nothing can really compare to the feelings I’ve had doing live performance. It’s SO vulnerable, tangible, visceral, alive… real! If you haven’t tried being the frontman in a band, put it on your bucket list.

3. You got off to a fast start with your music business, the compositions are unlike anything else out there. What demons did you fight to make the leap? Production music is dominated by companies that source existing music, package it and sell it – it’s created a race to the bottom because it’s driven mostly by profit. And with profit as your motivating force, the music suffers and you don’t support artists or reward them for stretching themselves. Also, many music libraries focus on being the answer for everything -that model lacks focus, creativity and discernment.We wanted to change things up. We started building our company by composing music in-house. We don’t try to create music for every use-case. We try to remain focused on what we’re best at while remaining curious enough to explore within our strike zone. It’s a time-intensive and expensive exercise composing our music instead of sourcing it – we do a lot of live sessions, record real instruments and work with established composers that do this for a living and it takes time. But I believe you can hear and feel the difference. Founder’s greatest demon was simply starting. We bootstrapped this thing without any investors or business acumen. We didn’t know how to puzzle the business together to make it sustainable or profitable. And it required an insane sacrifice from everyone involved. We worked nights and weekends for roughly 2 years before we eventually felt that we had a company that we were proud to represent. But man, getting this thing going was insanely challenging and we learned a lot along the way. We made a million mistakes.4. You’ve worked with some big name producers, directors and clients. What’s the most important thing you’ve learned? I’ve been really lucky to work with a lot of wonderfully talented creatives. I’m motivated by the inspiring people we get to rub shoulders with. NYC taught me to have an ego and to wear it boldly. Business ownership taught me to become a collaborator and to not be a creative dictator. All ideas have merit. Everyone is welcome at the table. I’ve learned that we’re all just learning and to never stop that process.

5. The industry has changed a lot in the last 20 years. Seems shots are shorter, camera moves are more erratic, and color palettes are more extreme. How has music changed? The DSLR, drone and editorial software have changed the game. The playing field is level now. UGC is thriving. Anyone can create compelling content now and knowing how advertisers create that content has forced change. I think consumers are aware of the tactics that advertisers have used to influence them; they’ve seen behind the curtain. This is where I really feel strongly about what Founder does; we don’t create jingle or stock music. When Founder writes music it’s more than just instrumentation, vocals and sounds. It makes you feel something unique, something remarkable, something real. Our music feels human and alive and it speaks a contemporary musical language.

6. Your music is highly original. How do you keep from being influenced by everything else out there? We try to not get caught up in music trends. There are timeless principles related to composition. We write music because we love music and we were trained to do music as an occupation. We create music with musicians that do this for a living; none of our composers do this on the side. Music created in Garage Band has its place. That place is certainly not at Founder.

7. Any advice for starry-eyed kids out there looking to break into the film business? First off, kids should just accept that they’re going to fail along the way. Failure is integral in the learning process.In the end I truly believe that becoming successful comes down to one thing: work hard and don’t give up. If not you then someone will do it. So why not you?