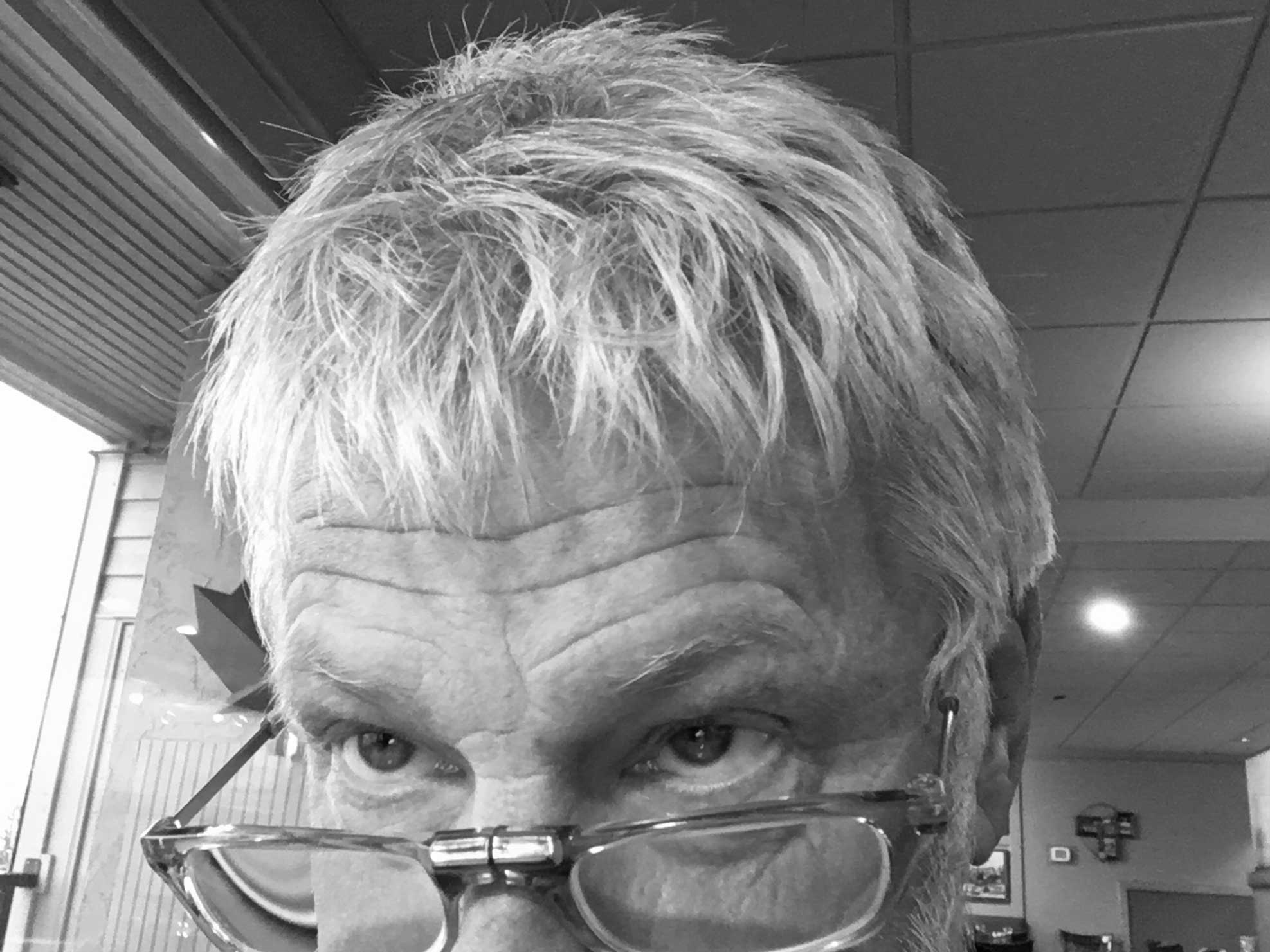 Boxes of awards: CINE. Telly. Emmy. Gold Pencil. ADDY. 30 years of experience with clients: Major League Baseball. Foundation for a Better Life. The Church of Jesus Christ of Latter-day Saints. Procter & Gamble, and many, many others.

Grant Baird grew up in Vancouver and left home at 17 to protest the Vietnam War. When it ended he hit the road as a book salesman, a Mormon Missionary, an English teacher in Samoa and finally a producer. His film assignments have taken him to the favelas in Brazil and the Dodgers dugout. His unique vision on what it means to be a human finding his way in a vast world of shifting cultures connects him to audiences in an intimate and universal way.

You started as a producer, how did that shape how you direct?

BAIRD:  Well I never wanted to be a director.  Everybody wanted to direct no matter what position they had and that bugged me just a little bit.  I thought, ‘why not just be really good at the other jobs? We only need one director per show.’ Out of curiosity and a bit of looking to expand my horizon as a producer and line-producer and A.D. it was suggested to me by a friend that I direct the next couple of commercials he was going to do and only the crew and actors would know it was me.  So I tried it. I was so nervous, very out of my element but kind of liked the POV it was giving me so I’d be a better producer. One of the spots turned out really well and the client hated it. The other spot was a disaster, I had no idea what I was doing…I went into a funk and wouldn’t direct again.

Then we were doing a very, very low budget job, Steve Wunderli was the writer and chief creative at the agency we worked at, Bonneville Communications.  We went over the scripts together, knew what the budget was, and I said to Steve, ‘on this money we’ll have to get so & so to direct, we can’t afford anyone else.’  And Steve said, “you could do a better job on this than that guy.” I resisted but Steve persevered and with his charm and ability to persuade I ended up directing those 3 or 4 spots for that client.  I was so nervous, I didn’t have confidence as a director but I knew our business backwards and forwards so I did it and at some point over those few days we were shooting I had a moment where I said to myself, ‘I really like this.”

As much to my surprise as probably everyone’s the spots turned out well.  I had good scripts to begin with and I had the complete support, optimism and encouragement of Steve, and he had the final say as far as the agency and client were concerned and he never seemed to realize I was not a director.  He did everything to help me. His confidence in me was infectious.

So I became one of those people who wanted to direct.  I became what bugged me before. From that point on nearly every script Steve wrote, it was a given with him that I’d direct. He was so positive about me that it helped me go forward.  It was the ideal way to become a director. In any other situation I don’t think I would have had the confidence to move forward with it. Steve made it fun.

You are known as an actor’s director. Explain that.

BAIRD:  I’m not sure what that means…i hear it sometimes…in fact, quite often. I started out wanting to be a huge rock star and an actor from the time I was a little kid.  I pursued acting. I wasn’t very good but didn’t know it until I got to do an independent movie and made myself the male romantic lead. A friend of mine directed it, and he was a good director.  I was also one of the producer’s of the film. My partner and I had gotten about 150k from an eccentric old miner in Arizona to do this movie. I was involved in every aspect of the project and followed it all the way thru post as an assistant to the editor, Steve Johnson, who is a very, very good editor.  I saw all my own footage. Over and over. I realized I wasn’t a good actor but discovered I didn’t care because I had really loved nearly every minute of the producing process.

So I think I just have a deep respect for actors.  They get up in front of everybody and are willing to take chances that most of us are not willing to do in public.  For some reason they give their trust to the director, usually all their trust. And I’m amazed at how brave they are to do that and I’ve found that there are no bad performances because they are real people who are acting…the performance might not be the right performance for the story but there are always moments of what they do that are usable.  I feel like we’re on a road trip together and they are letting me drive when they are better drivers than I am. There is something so wonderful about actors…they can go from being who they are most of the time to being themselves, or somebody else, at the flick of a switch. And they do it with cameras in their faces and a bunch of people standing around staring at them.  That’s courage and I truly respect them for it. I admire what they do and realized a long time ago I’m not capable of doing it myself so there’s just a bit of awe I bring with me when I’m on set with an actor.

You only take scripts that have strong stories. Why is that?

BAIRD:  It’s because I’m a good storyteller but not very talented as far as coming up with a story.  I’m not strong when I’m looking at a blank piece of paper, my fingers poised over the keyboard.  I don’t know how the story starts or where it goes. So because I’m not terribly creative that way I need a strong story, written down to start.  If I read it and I “see it” I get inspired, I get an idea or two and I start thinking about how the characters interact, how they deliver the story so it “sells” the message of the script but it’s also real and not overly “selly”.  Without a really good script/story I don’t get much, or any, inspiration as to how to proceed. I’ve had bad scripts and really good collaboration and that has saved the project. I’ve had good scripts and lots of support and collaboration and those always turn out well and are fun.  I’ve had good scripts and no support and that’s a crap shoot. When the script works everybody should fall in behind it and work together to deliver it as well as it’s written. Good writing is very hard to find. I’ve taken on lots of jobs with weak scripts but lots of money so I could do good scripts for next to nothing.  And sometimes I get very very lucky and get great scripts with plenty of money. That’s heaven.

We need to not let ego get in the way.  The most important person in the whole project is the writer.  The most important tool is the script. I was lucky to get a run of really good scripts and after awhile I started to think it was mostly all me, I was the person delivering the hits.  Then I’d work on a script that wasn’t right for me and I’d wade in thinking, “but I’m really good at this I can make it work.” And it wouldn’t and I’d realize the writing is everything.  And the talent is everything else. Other than those elements the rest of us just need to show up, collaborate and care.

You started in film. 35mm. How was the transition to video? How did it change your working style?

BAIRD:  ah this is painful for me. I can’t keep up with the technology.  I don’t even try…i don’t care what camera the DP wants to use or what program the editor is using or getting the latest microphone or lights.  I don’t think directing needs to be about the technology but about the people and the storytelling. Ask the experts how to best take advantage of the latest technology to help the story.  I’ll say to a DP, “20 years ago I’d suggest we put an 18k outside and blast light thru that window…what’s the equivalent of that now with the equipment you have?” And they’ll tell me and my eyes will glaze over until I realize they’ve finished explaining all the coolest stuff some new light can do and I’ll come out of my coma to say, “great let’s do that then.”

I know the technology is getting so it’s easy to fix some lighting thing in post but there is still no affordable way to fix a performance that isn’t quite right so I stick with the actors and blocking and sometimes the angles because I have an idea how it could work in the edit.  But I have no idea which buttons to push.

You met Charles Barkley at an Oscars after party, but didn’t recognize him. Is that true?

Yes, that’s true. I’m a Canadian, all my sports heroes are hockey players. Charles was the nicest person at the party, a great conversationalist. I wish I’d gotten his number, I would love to cast him in something.

BAIRD:  I only know how it worked for me.  Whatever it takes for you, whatever you have to say to yourself every day, don’t have an ego except for a team ego.  Make as many films as you can by yourself to practice but don’t think you can do everything the best. Invite collaboration from everyone.  Make it fun for everybody. It’s a team. Who cares who did what, 20 years from now somebody will see what you’ve created together and like it.  They won’t ask, “who directed that? Who found that amazing location? The schedule must have been complicated, who was the A.D. who figured it out?”  Nobody will ask those questions unless the final film works and they probably won’t then either. Make lots of friends. Be good to everybody. And practice all the time.