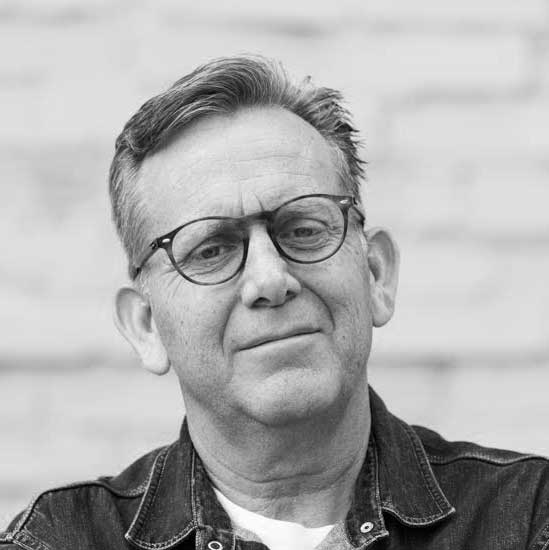 Stephen has written for clients: Salvation Army, Rotary International, Church of Jesus Christ of Latter-day Saints, Warner Brothers and MCA Universal among many others. He stopped entering awards after winning at least one of everything. His children’s books are also lauded in the industry and he suffers proudly the moniker Luddite.

I don’t do interviews. I’m usually on the other end—matching phrases to emotions and sentences to meaning.  There is a trick to this. When I’m writing a commercial I think of visual setting first. Where can I create some tension? What will be arresting? What will be metaphorical? A client needed a spot about a father and a son. A scene that showed the father understood, was forgiving, but firm in pushing his son back out into the world. I picked the interior of a dry cleaner. The steam between them made the initial contact vague, uncertain. And it was beautiful in a hazy tepid sort of way. And I added a character in the background, a lifelong employee who mocks the boy from the shadows for his failure at finding a job. He is the voice in all of our heads we have to learn to ignore. We built a bigger window in the office, lit up the steam that surrounded it and when father and son talked, it was like they had stepped into clarity. The dialogue comes last. Once you have the setting and the characters you just let them talk. Then you edit out anything that doesn’t have meaning and you have something poetic and sparse because you really want the visuals and the acting to tell the story, not the script. You never want to shoot a script either. You want to shoot a story. Each shot having a beginning, a middle, and an end. Those are my answers to any kind of interview. It’s my job to not do what I’m told but to do what I feel